Fragrances or essence play an important in rejuvenating the mind and the body. Usage of fragrance has been there for many years but retaining of fragrance was a challenge and due to microencapsulation, it is now possible.

The Microencapsulation, also known as micro-shell, is a complex technique that involves the creation of polymeric shells, whether natural or synthetic, in which particles of active ingredients and scents are stored inside and thus remain and kept protected from the environment 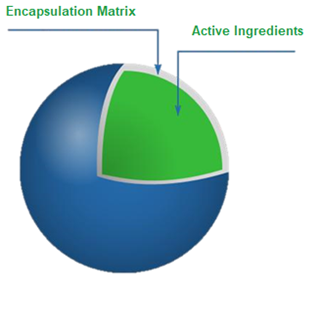 How does it work?

Active core which is enclosed in the capsule releases instantly on the fabric or textile material, when a mechanical movement such as abrasion, deformation, and friction occurs, and ultimately the active agents are released on the skin 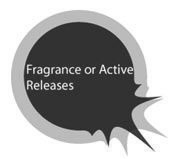 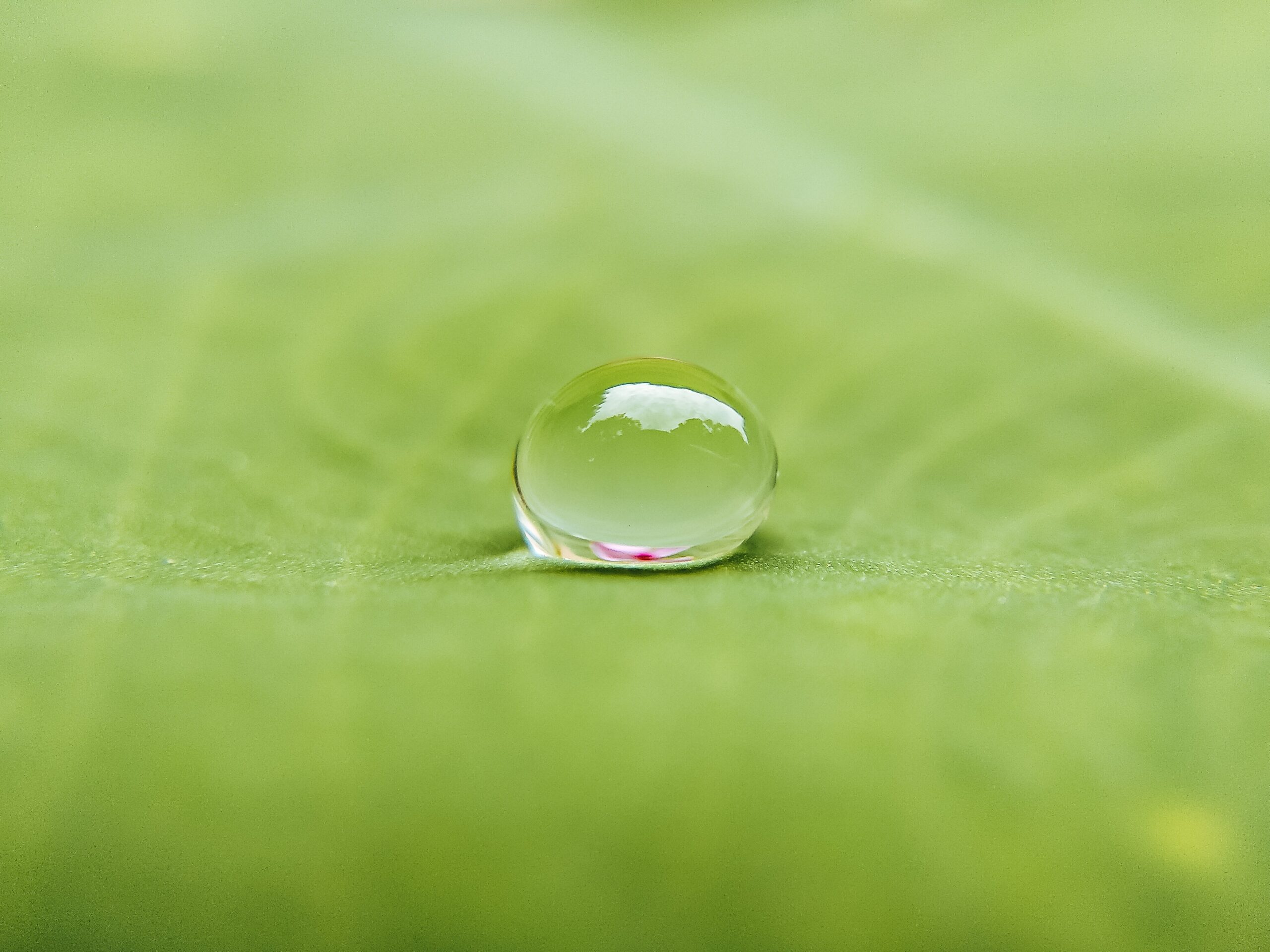 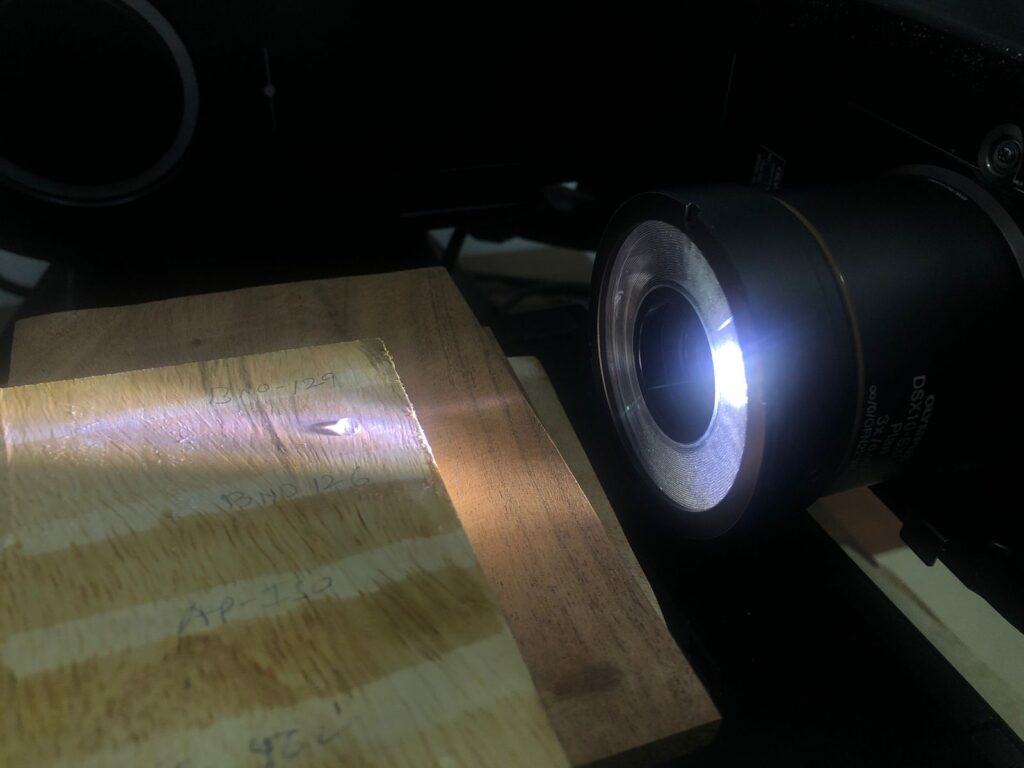 Young’s equation is used to describe the interplay of the forces of cohesion and adhesion and to calculate surface energy. 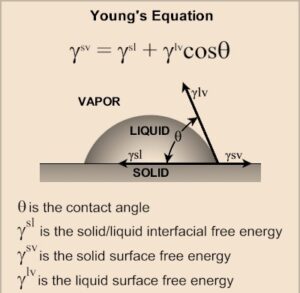 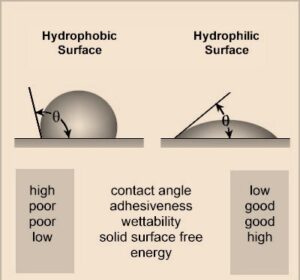 This is perhaps the most popular measurement method. A single reading on a static sessile drop soon after it was created. When the three phases of solid, liquid, and gas establish thermodynamic equilibrium, a static contact angle is captured. 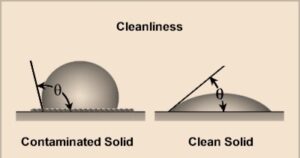 The static contact angle can also be affected by surface roughness. See our September 2010 Newsletter for further information about roughness.

Researchers frequently monitor the contact angle over time to investigate the effects of absorption, evaporation, and more unusual phenomena such as the Cassie to Wenzel transitional states. Other time-dependent research examine how contact angle changes over time as environmental conditions (such as temperature and humidity) change. In some circumstances, the drop is altered by the addition of a chemical that increases or decreases surface tension.

Many scholars have been studying the Cassie and Wenzel states in recent years in order to better comprehend superhydrophobicity. In a Cassie state, a drop lies on top of asperities, with air gaps beneath it, as depicted in the image below. 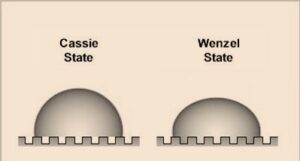 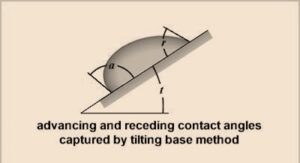 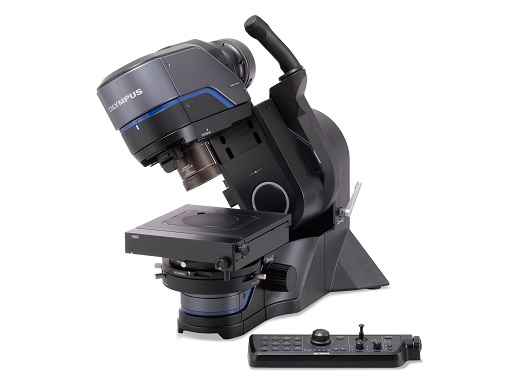 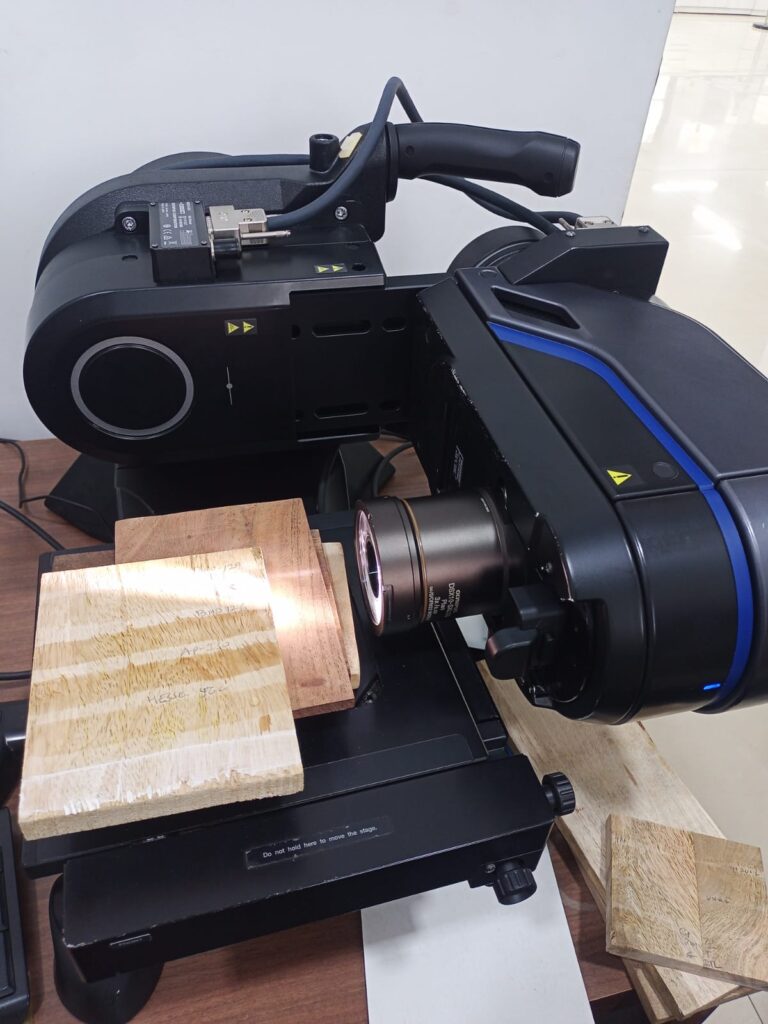 Investigate the contact angle of a wooden surface with coatings. 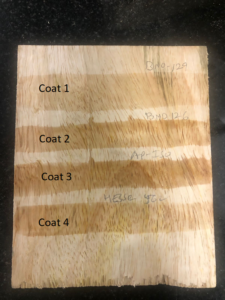 The contact angle of water on various coatings was measured using an Olympus DSX1000 microscope tilt frame with a 3x objective. 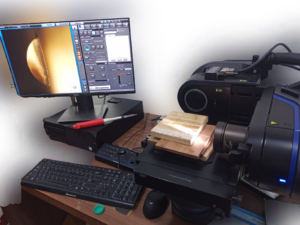 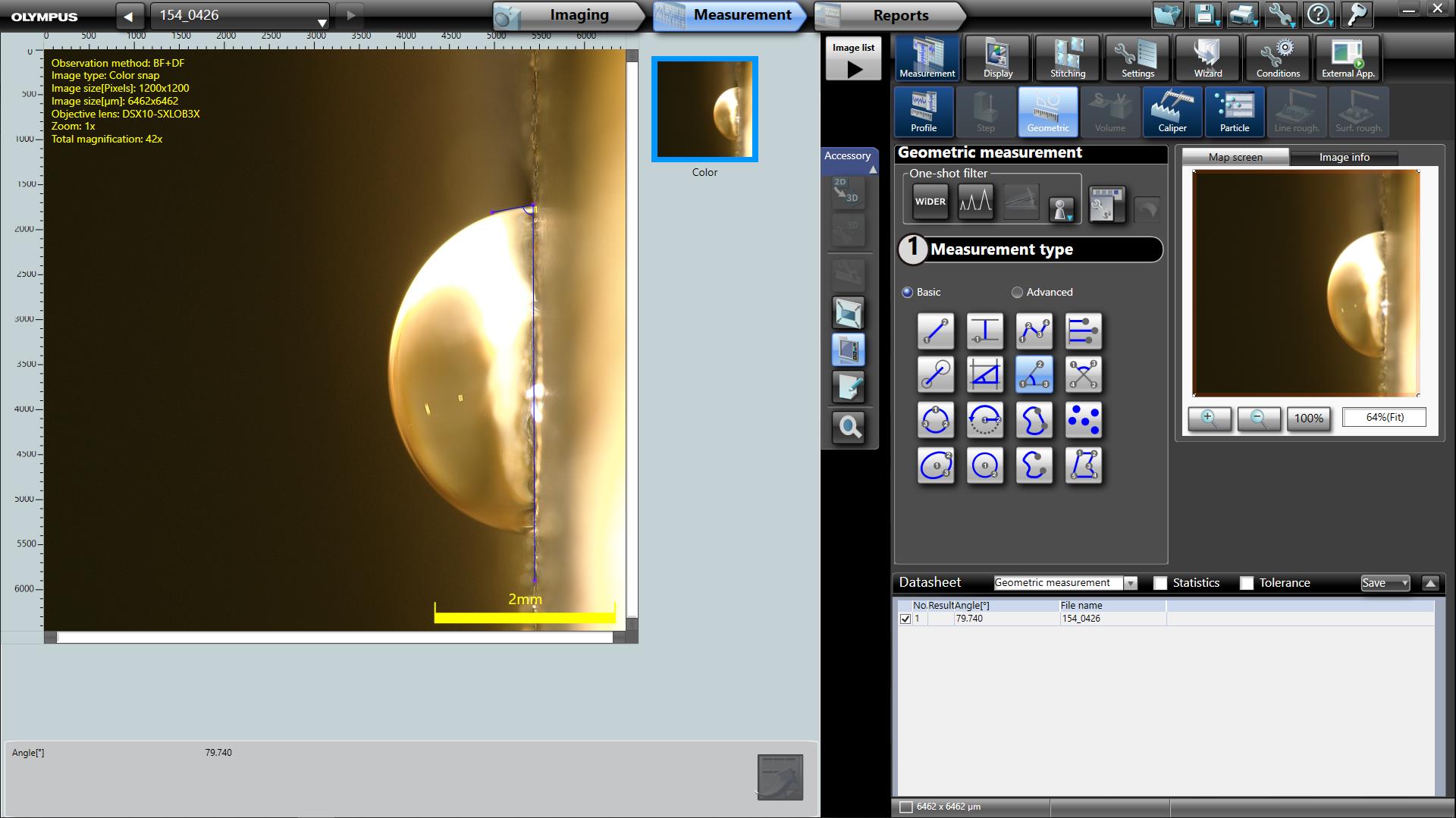 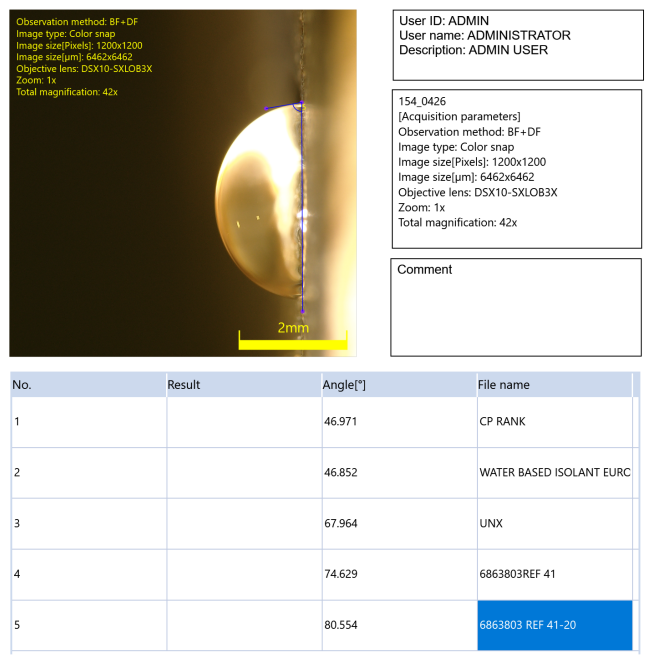 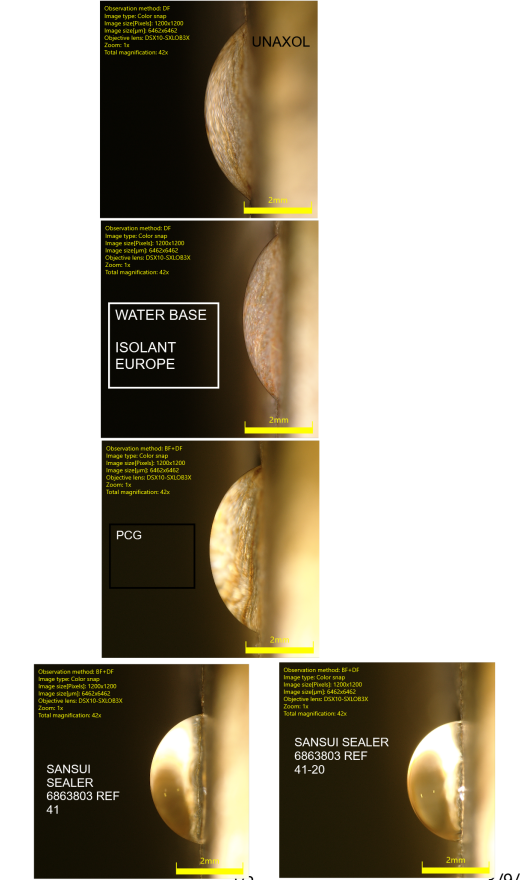 We can deduce from the above results that the contact angle values change depending on the coating, which reflects the relative strength of the liquid, solid, and vapour molecular interactions. 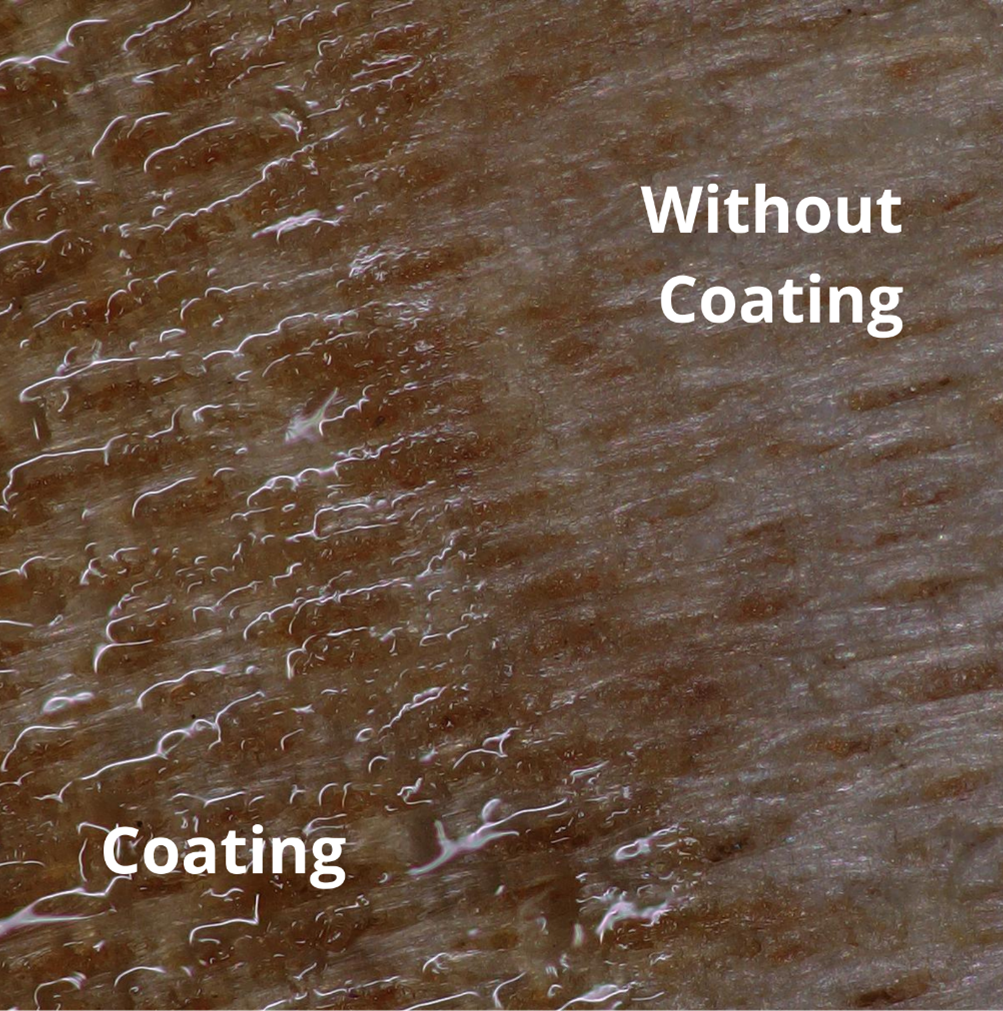 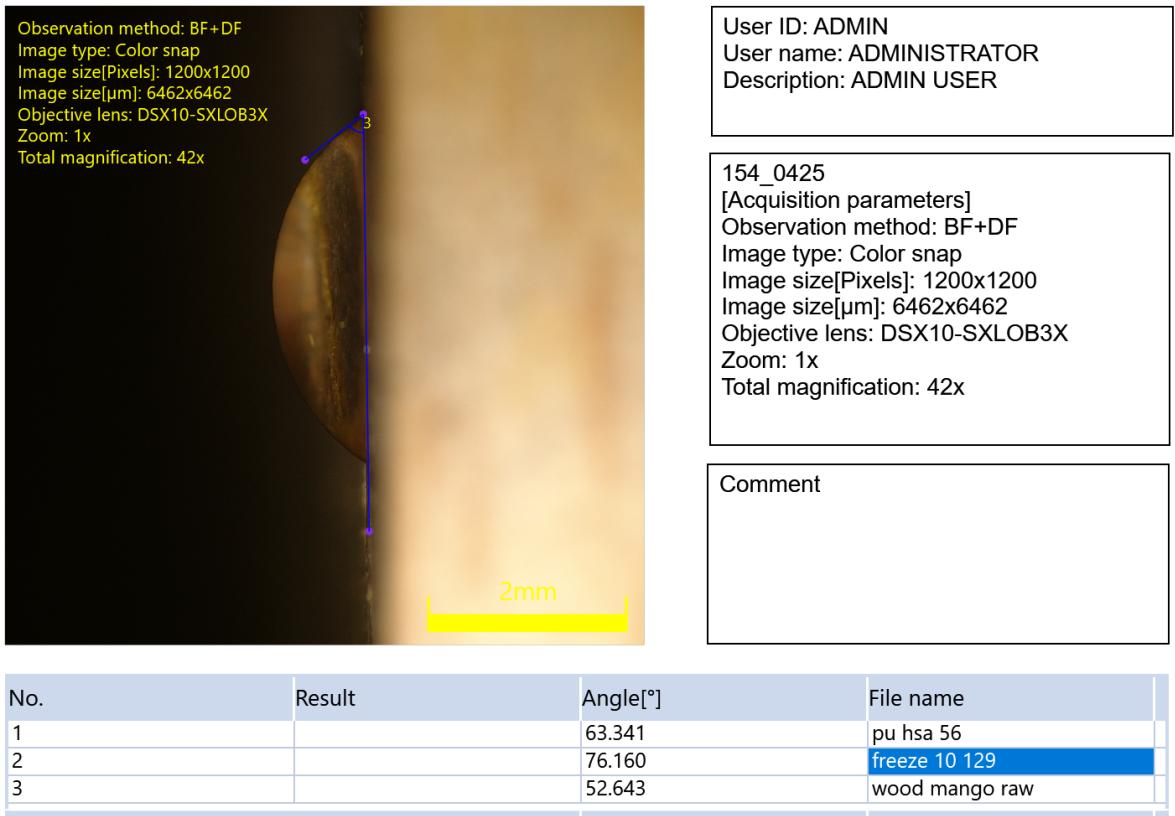 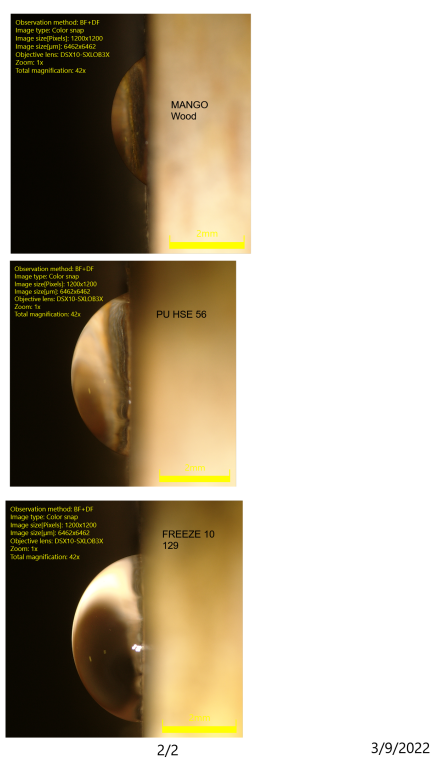 Olympus DsX1000 microscope is also capable of measuring surface roughness of wood before and after coating.

Ra and Sa parameters are evaluate from 3d image captured by the microscope. 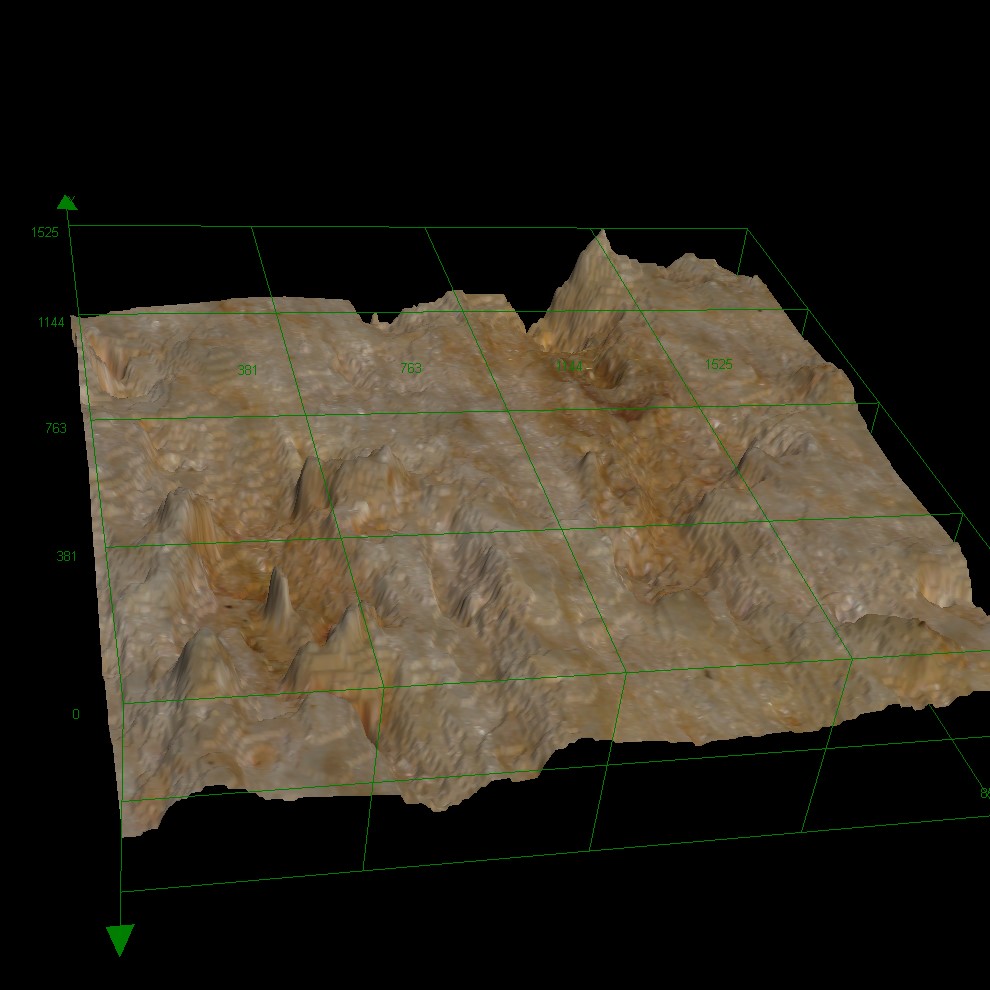 We would extend our thanks to “Mr. Saurabh Kothari” from “Sansui Paints” for his contribution. 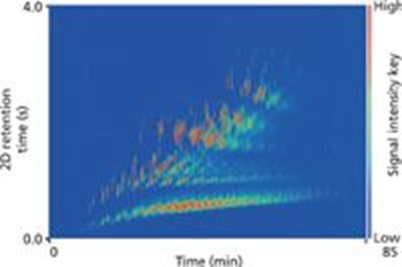 Multidimensional gas chromatography (MDGC) is now an established technique for the analysis of complex samples in application areas such as petrochemistry, metabolomics, environmental, and flavor and fragrance science.

The technique uses GC columns connected in series to achieve a complete separation of complex samples using orthogonal column chemistries. These separations are either impossible or very time consuming using a one-dimensional (1D) technique (that is, using only one GC column).

Second-dimension columns must achieve separation much faster than their first-dimension counterparts to optimize the “sampling rate” from the first dimension and, therefore, they tend to be short. The length of the first column might typically be 20–30 m, the inner diameter 0.25 mm, and the film thickness 0.25 μm. The second column is typically shorter (1–2 m), the inner diameter is narrower (0.1 mm), and the stationary phase is thinner (0.1 μm), to allow for faster separations. The reduction in internal diameter is used to counterbalance the decreases in efficiency (plate numbers) obtained from shorter columns. It is common to select a nonpolar column for the first-dimension separation and use a more highly polar phase in the second dimension.

The major instrument challenge in multidimensional GC is to achieve efficient “injection” of the effluent of the first dimension into the second. Columns joined in series are the simplest embodiments of multidimensional chromatography; however, the separations produced are limited by carrier-gas velocities because all the solutes transit both columns in a single continuous stream. When working with complex samples, peaks that are well separated by elution from the first column can come back together or might interfere with other peaks as they pass through the second column. Therefore, we need to “trap” or “bunch” discrete fractions from the first column before introduction into the second dimension. This is typically achieved using a “modulator” that is used to transfer effluent from the first-dimension column to the head of the second-dimension column in short repetitive pulses. Modern instruments use two types of modulators: thermal (cryogenic or heated) and valve (time or pressure) modulators. Regardless of the design or principle, the rapid and efficient transfer of discrete fractions from one, many, or all peaks in the first dimension is absolutely critical to maintain the separation quality. There are as many subtle variations in the design and implementation of modulator devices as there are instrument manufacturers; however, there is no doubt that the modulator is the heart of the GC×GC system.

In the much more complex technique of comprehensive multidimensional GC, all of the effluent from the first dimension column is sampled into the second. Correct sample modulation is essential in the comprehensive technique to successfully maintain resolution of all components in both the first and second dimensions. This technique generates huge amounts of data, and complex software is required to reduce the data to a usable form, typically represented via a 2D or 3D plot of the type shown in Figure 1. This 2D contour plot of a separation of light cycle oil uses colors to represent the signal intensity; the x-axis plots the separation in the first dimension (in minutes), and the second-dimension separation is plotted on the y-axis (in seconds).

While multidimensional GC brings many separation benefits, achieving efficient analyte transfer between columns and the complexity of data analysis are potential barriers to more wholesale adoption as a routine analytical technique.